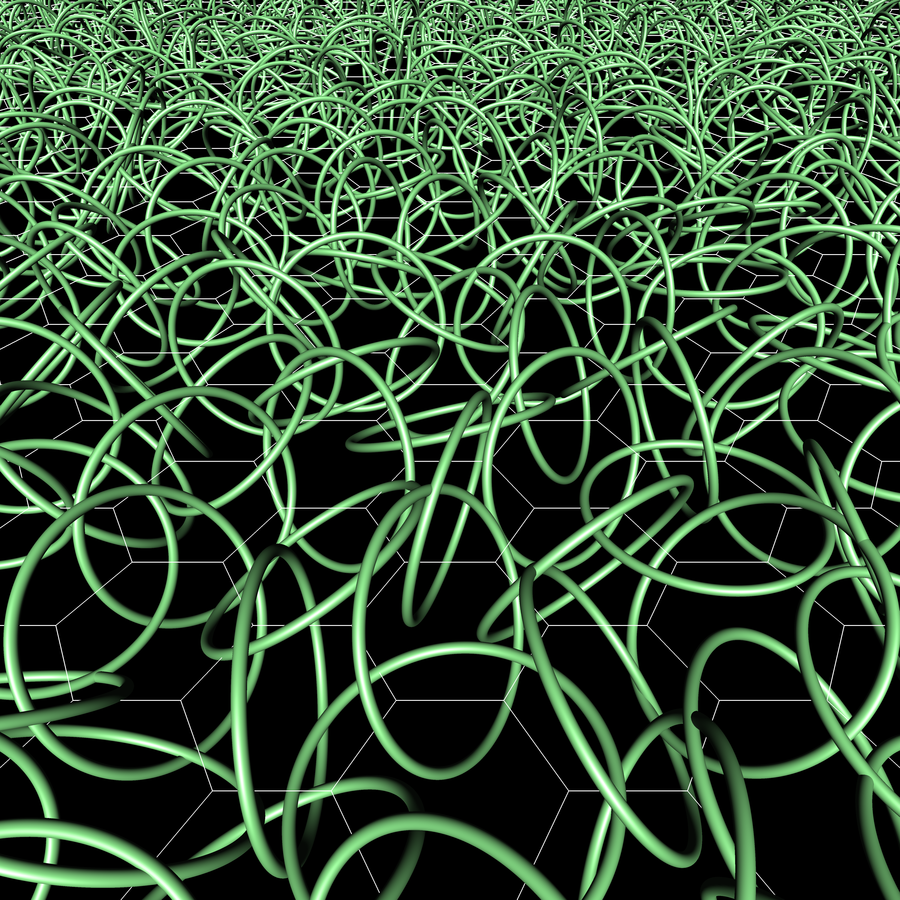 Trypanosomes and leishmania, two trypanosomatid parasites, are protozoa which cause fatal diseases such as sleeping sickness, Chagas disease and Leishmaniasis. Although they have a significant impact on the health and economies of many third world countries, these diseases continue to be catalogued as neglected by the World Health Organization. A distinctive feature of trypanosomatid parasites is that their mitochondrial DNA, known as kinetoplast DNA, is organized into thousands of minicircles and a few dozen maxicircles. Furthermore, minicircles in these organisms are topologically linked, forming a gigantic network in which the minicircles are interlocked in a chainmail-like structure) The topological structure of the minicircles is of great significance both because it is species-specific and because it is a promising target for the development of drugs. However, the biophysical factors that led to the formation of the network during evolution remain poorly understood, along with its topological properties. We have introduced the Square Lattice Minicircle model to model how these networks grow and fond that the formation of a network, assuming condensation, reaches a density of minicircles at which percolation occurs